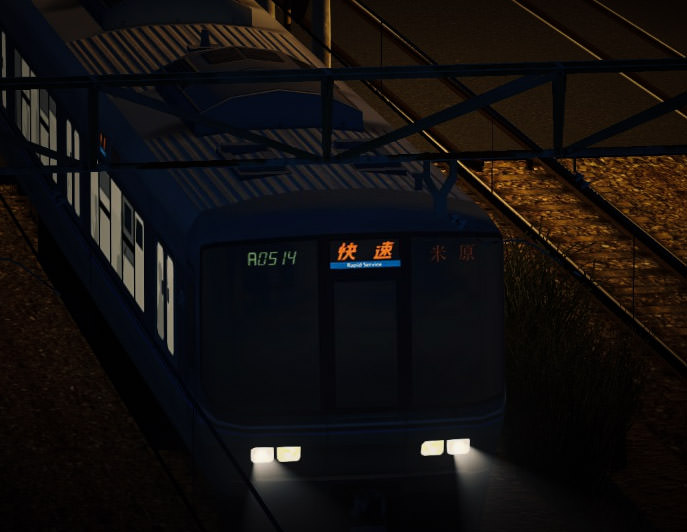 Additive shader vehicle sub-mesh used for LED displays on top of a train.

The Additive Shader mod can be used to create props or vehicle sub-meshes which use the additive shader and have custom turn on/off times.

As the name suggests, the shader is additive, so it can only add light, which looks similar to the screen layer blending mode in Photoshop. It also produces bloom at high intensities.

This article assumes you are familiar with regular prop or vehicle asset creation.

Buildings, sub-buildings, and building sub-meshes have significant issues with render distances or unpredictable disappearance, therefore these use cases are not recommended, use props instead.

Unlike almost all other shaders in the game, the additive shader is two-sided, meaning faces can be seen from the back side as well.

To save the necessary data and change the shader of your prop or vehicle sub-mesh to additive, you need to run one of these scripts using the ModTools console F7.

At the top of the script, you can change some variables.

Controls the time of day (0-24 hours) at which the additive shader object will turn on or off. If both times are the same, it will be always on.

The additive shader decreases opacity as it gets closer to other objects. This value controls the strength of that effect, higher values make the fading less noticeable.

Light intensity multiplier, values above 1 may start to bloom.

There's nothing different about the mesh compared to regular assets. 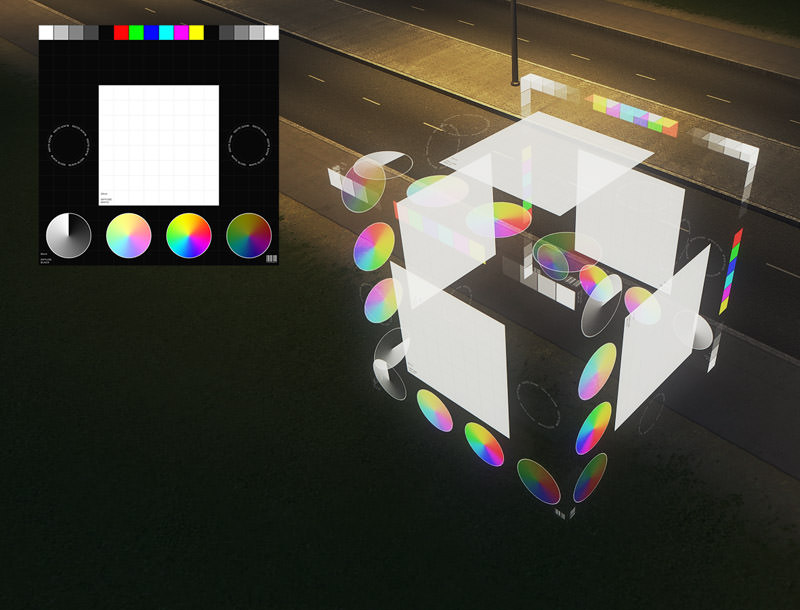 The imported texture, and how it looks ingame.

This is the only texture, it's used as the additive texture.

The additive shader doesn't work for LOD models, therefore the mod increases the render distance based on the size of your asset.